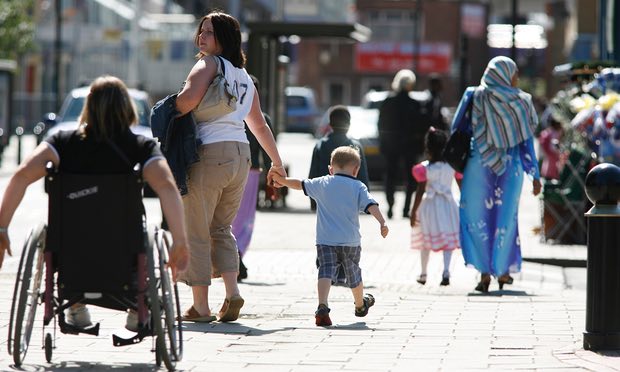 Thousands of disabled people face long delays to receive an NHS wheelchair, the first official figures on the subject show.

One in five children who need a wheelchair are being forced to wait beyond the supposed maximum 18 weeks, as are almost one in six adults. Campaigners say the figures reveal a “postcode lottery” in provision across England.

Some 7,200 people who received a wheelchair between October and December had waited at least 19 weeks, despite the NHS Constitution guaranteeing access to one within 18 weeks.

NHS England does not record how long over the 18-week threshold patients have waited for a wheelchair. But the charity Muscular Dystrophy UK says it knows of young adults who within the past year had waited more than eight months.

The NHS England figures obtained by the Health Service Journal (HSJ) show that those with the greatest need for the equipment can face the longest waits.

Nic Bungay, director of campaigns at Muscular Dystrophy UK, told HSJ that long waits for a wheelchair appropriate for their needs were stopping young people “going out independently … and accessing university, work and friends”.

An estimated one in 50 Britons is believed to use a wheelchair to go to work or school, get to the shops, look after their children or undertake other tasks. The Wheelchair Alliance, led by Paralympic champion Lady Grey-Thompson, claims “great variation in ability to access assessment and obtain service provision”, as well as delays in receiving equipment and having it repaired, were affecting too many people.

The campaign group is urging the NHS to ensure equality of access for everyone who needs a wheelchair, which “would prevent confusion and disadvantage when education needs mean a user moving to another area or changing their GP [and put] an end arbitrary age discrimination. This is especially the case where very young children may or may not be provided with chairs depending solely on where they live.”

Almost 40% of adults with high or specialist wheelchair needs, who are defined as “fully dependent on their wheelchair for all mobility needs”, wait more than nine weeks for the NHS to decide what kind of wheelchair they need. A further 37% wait more then nine weeks to then receive their equipment. Slightly smaller numbers of children with the same level of need have to wait the same lengths of time, the HSJ discovered.

The data also shows that waits for wheelchairs lengthened significantly between April and June and the last three months of 2016, especially for adults.

NHS England said it accepted that some local NHS clinical commissioning groups needed to get wheelchairs to those in need more quickly.

“While the majority of children and adults get their wheelchairs within a few weeks, there are parts of the country where local services are not sufficiently responsive and we fully agree that needs to change,” a spokesman said.

The organisation has pledged to halve the number of children waiting more than 18 weeks by April 2018 and eliminate overly long waits for anybody by April 2019.