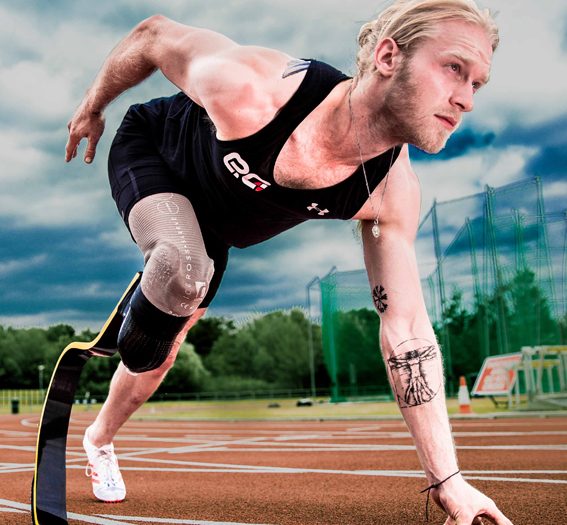 Jonnie Peacock MBE, Paralympic sprint gold medallist, feels his entry into ‘Strictly Come Dancing’ can change peoples views on disability. He wants the millions and millions who watch the programme to see that having a disability is not an obstacle to putting on a good show and laughed that it could be his turn to waltz off with the glitterball this series.

Jonnie’s right leg was amputated below the knee after contracting meningitis as a five year old. He said, “I want to break down peoples’ views on disabilities”, adding; “It’s about what some people think you can and can’t do.”

After Saturday, when the show pulled in over 10 million viewers, he has certainly chosen the spotlight to showcase his skills. The blade runner won gold at both the Rio Paralympics and London 2017.

“People can have preconceived ideas about what you can and cannot do based on just looking at you and sometimes it’s not judging a book by its cover.” He went on to add, “There are certain moves I can do but whether or not it looks good is a different situation.” Partnered by Oti Mabuse, he said, “I have had years to prepare for races but just two weeks for this. I don’t really know what I’m doing. We are going to go out there and have as much fun as we can but it’s definitely nerve-racking.”