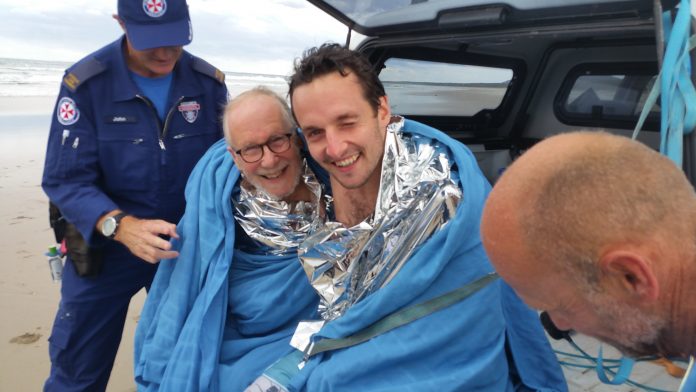 A few hours and life lurched from one extreme to another: a truly enlightening morning getting a glimpse of bush tucker with aboriginal Fred followed by high drama of nephew and videographer Toby and another friend being rescued from a life-or-death emergency.

With Fred I felt rather foolish and thoughtless for not recognising that his ancient culture had the sophisticated development we see in our more modern societies. Hence, it is no more reasonable to ask him as an expert bush tucker cook about the medicinal qualities of plants than expecting a chef to know the best treatment for an illness. Aboriginal culture, like ours, has a whole range of experts – from law and medicine to cooking and childcare. 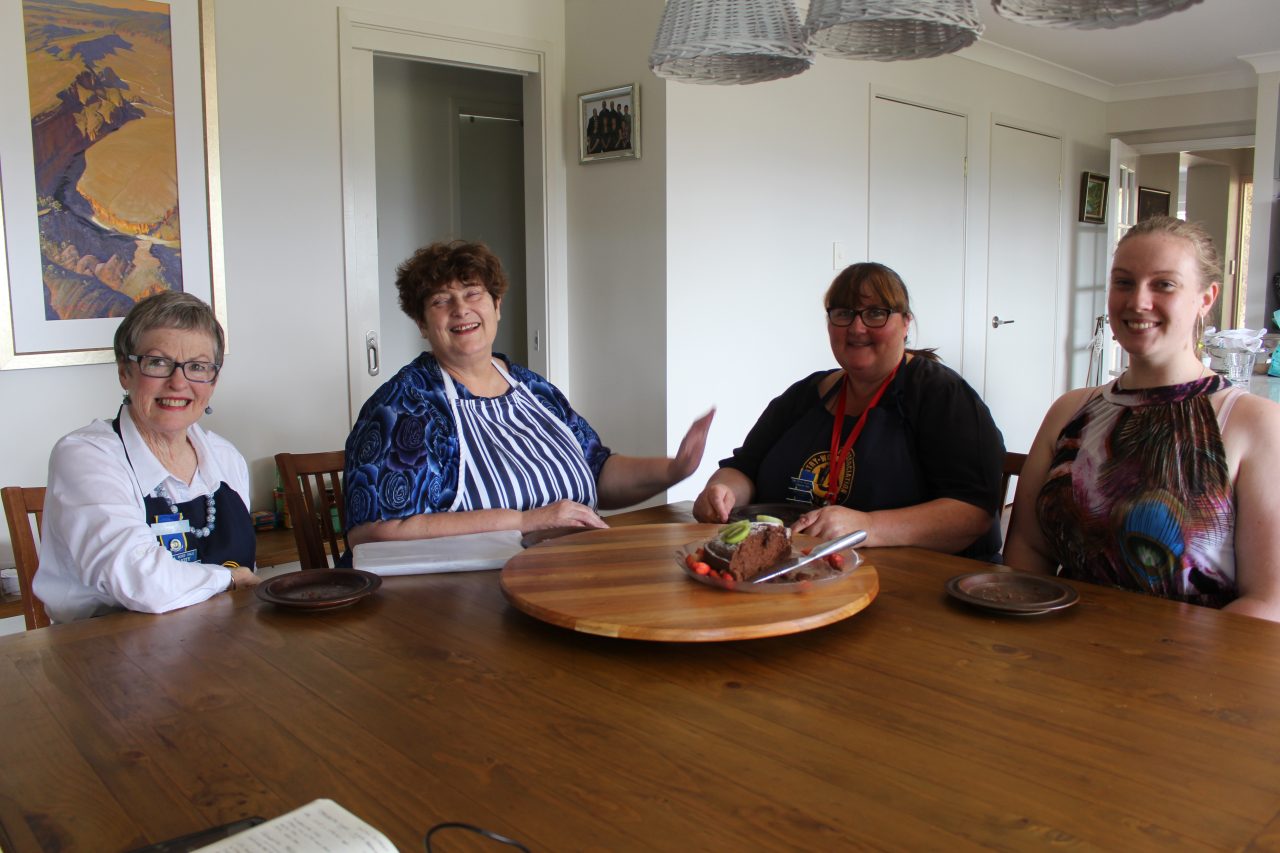 Fred showed me the plants that can be ground in to flour for bread, the seed head that can be carried from camp to camp to light fires and much more. he helped me wrap a snapper fish donated by the local fish market stuffed with lemon myrtle, in soaked paper bark and lilly leaves for smoking on a barbeque – the origin of French style “en papiloutte”.

What I most admired was his clear and close connection with nature: the scrub land that he uses as a super market; his equanimity in the face of modern hustle and bustle; his irreverent sense of humour. It was a real privilege to be shown just a glimpse of his world – all thanks to the planning and organisation of our Kiama hosts Rosemary and Ken. They managed a week of different experiences: cooking with the award winning Jo of the Country women’s Association; Martin, the blind chef in Sydney; wine-tasting with Raj; an Iranian fire-spit and barbeque meat fest with Eddie. The generosity of spirit and enthusiasm  for cooking was the essence of a magnificent week that had taken a huge effort to arrange by Rosemary and Ken – huge thanks to them. 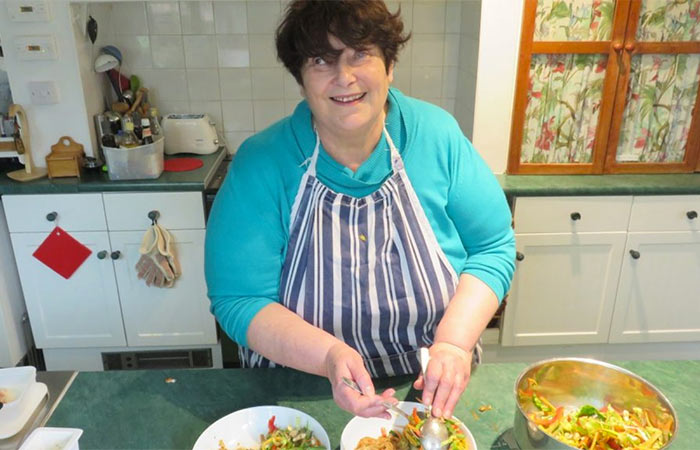 But, even the best laid plans couldn’t have prepared us for the drama that was unfolding as I was still chatting with Fred. Toby and another friend has slipped down to the beach for a quick swim. Within minutes, a rip tide had dragged them out 300 metres from the beach and was pulling them further out. Thankfully, 12 year old Hahhah had spotted them (not waving but drowning) and her family called the emergency services. 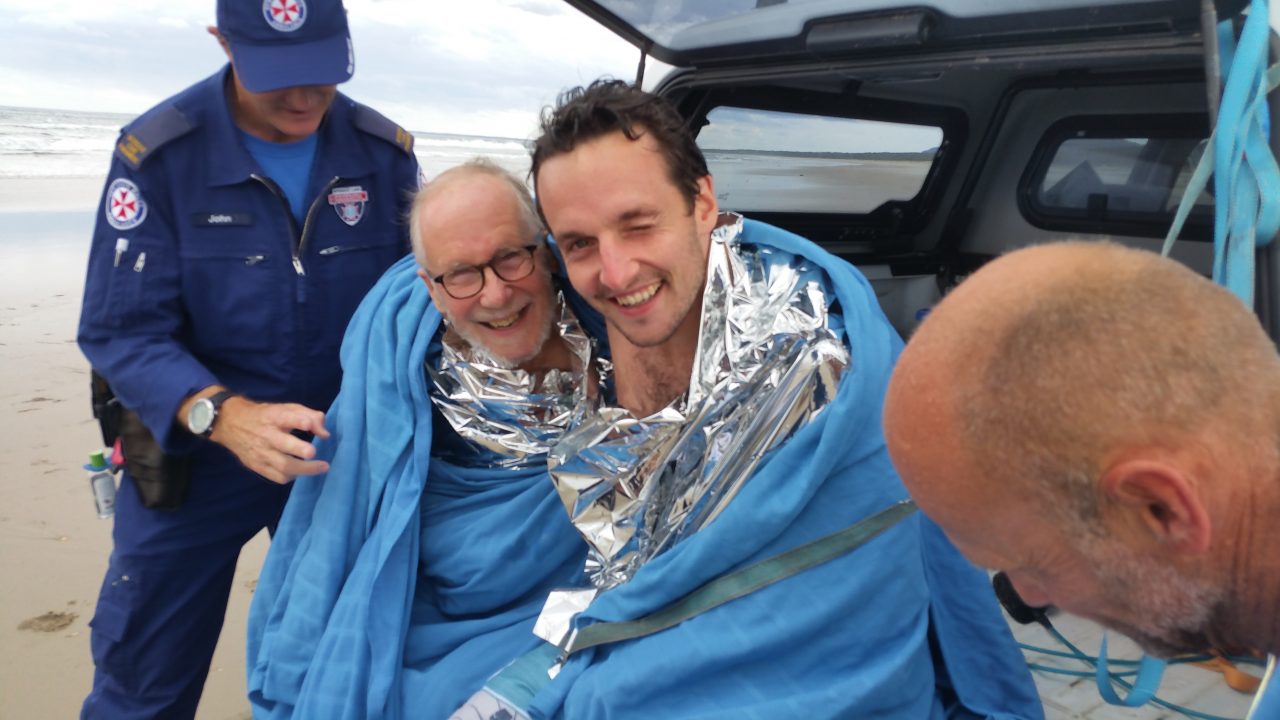 We arrived to find police cars massing alongside paramedics and lifeguards with two helicopters close on their heels. Eventually a surfboard lifesaver reached them with the board providing extra flotation as they had reached critical levels of exhaustion One-by-one, they were helped back to shore and encased in huge foil and thermal warming suits – they looked like two capons ready for roasting! But, it was no joke at the time as they were probably less than 10 minutes from tragedy. The emergency services did a wonderful job and I cannot be more thankful to them