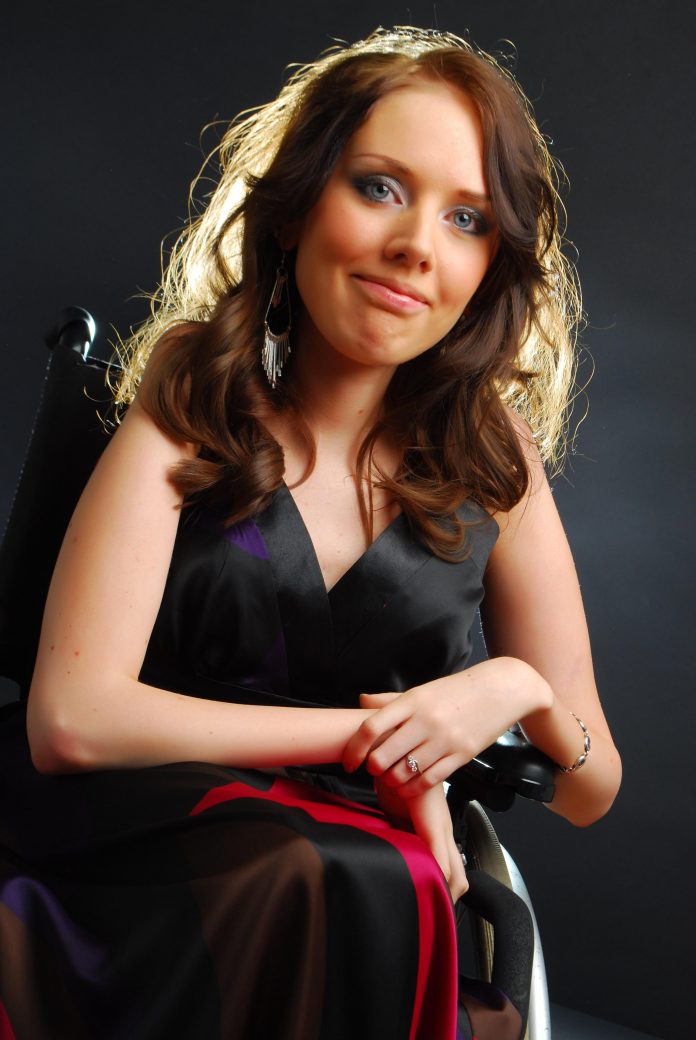 WHY I NEED A CEILING HOIST – I am 29 and completely non-ambulant due to Ullrich congenital muscular dystrophy. Being rather petite, I have always been manually transferred (yes, lifted by by family and carers) rather than hoisted. This method has always been preferable since it’s much quicker and frankly less faff. But, we’re all getting older and more frail.

I live with my parents who are both in their sixties. They are my primary source of support, though I do employ a carer part-time. My mother underwent a full Knee replacement in August 2017, and is therefore limited in how much she is able to help me. Consequently, we have reached a stage where a ceiling hoist is a necessity.

A LONG AND FRUSTRATING PROCESS! – Back in october 2016, Mom was told she needed a full knee replacement. The following spring, my only carer announced she would be leaving within the next few months to pursue a career as a paramedic. With this in mind, I contacted my local community OT team to request an assessment. I was told they’re vastly understaffed and, with an extensive waiting list, I would need to be in a terminal condition in order to be seen. I appreciate their predicament, I really do, but I was unwilling to be fobbed off so easily.

I was instructed, over the phone by an OT I had never met, to “camp out”, meaning I should wash, dress and be toileted on my bed. Yes, for a prolonged and indefinite period of time, I should go without a shower and simply not wash my hair. (Due to my physical limitations and my wheelchair, There’s no way I could wash my hair over the sink).

Disgusted at her casual disregard, I asked my neuromuscular consultant to issue a letter of support. On receipt of this, an OT suddenly found time to visit me in my home for an assessment. Following this, rep’s from Prism Medical and TPG DisableAids attended separately to advise, measure up and draw plans. Both rep’s then submitted quotes to the purse holder at County Council who, of course, approved the cheapest option.

NB: A portable hoist was trialled but proved unstable with the layout of my room and the type of bath in situ. 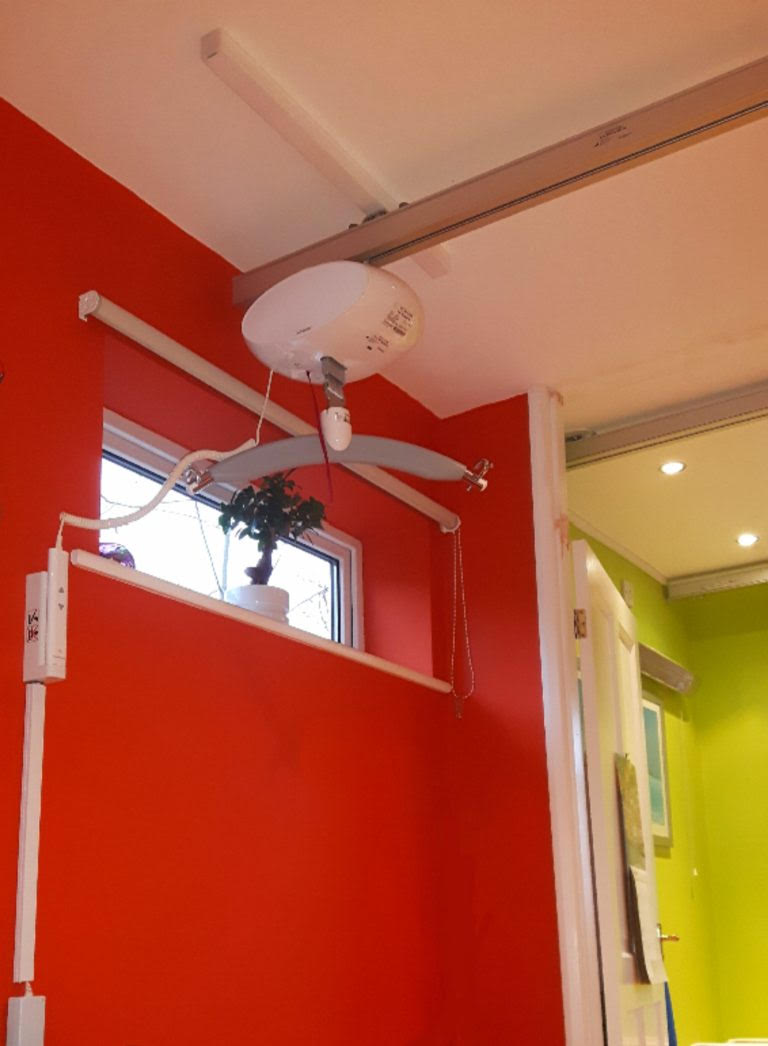 PRISM MEDICAL – We were expecting Prism to arrive at 9am on 24th October 2017, as arranged. Having waited over and over with no sign of anyone, I called only to be told they weren’t coming because of a “technical issue”. To cut a long story short, Prism claimed they couldn’t connect the track from my bedroom to that in the ensuite bathroom. This is despite consulting with occupational therapists and agreeing to do the job. Prism also claim they left telephone messages for both myself and the OT’s, on the previous Friday, to inform us that they wouldn’t be attending. Neither I, nor the community OT’s received any messages. I call bullshit!

Later, I learnt that Prism have similarly disappointed several others, resulting in formal complaints being issued against them. So when the purse holder at County Council told me she would renegotiate with Prism rather than approve funding for TPG to carry out the work, I insisted otherwise! 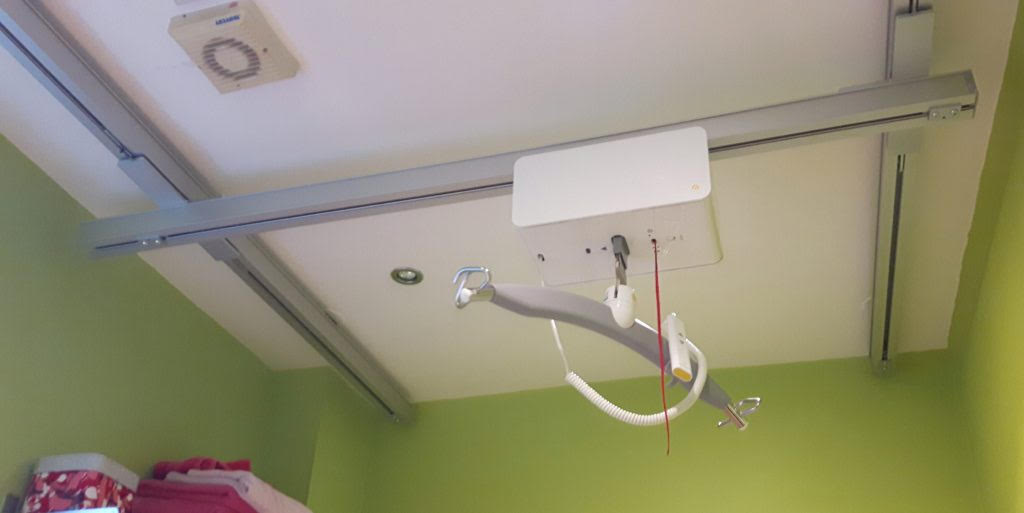 Having to fight for your rights and basic needs is, unfortunately, very much part and parcel of having a disability. Tell, don’t ask! – This is my motto. In my experience, if you are not clued-up and assertive, those in authority simply fob you off.

TPG DISABLEAIDS – Thankfully Funding was approved after a different OT, accompanied by the rep from TPG, visited to discuss and re-evaluate the situation.

Rather than trying to connect the single track in the bedroom to the H-frame in the ensuite bathroom, it was decided that two separate hoists would be best. My carer had by then handed in her notice and would be leaving at the end of the month. I was seriously starting to worry the hoist would not be in place before Christmas.

But much to my relief, TPG (who, compared to Prism, were infinitely more professional and efficient throughout) booked in for the 4th December.

Then, just my luck, we were hit by the worst snow in 7 years! It was like flipping Narnia. 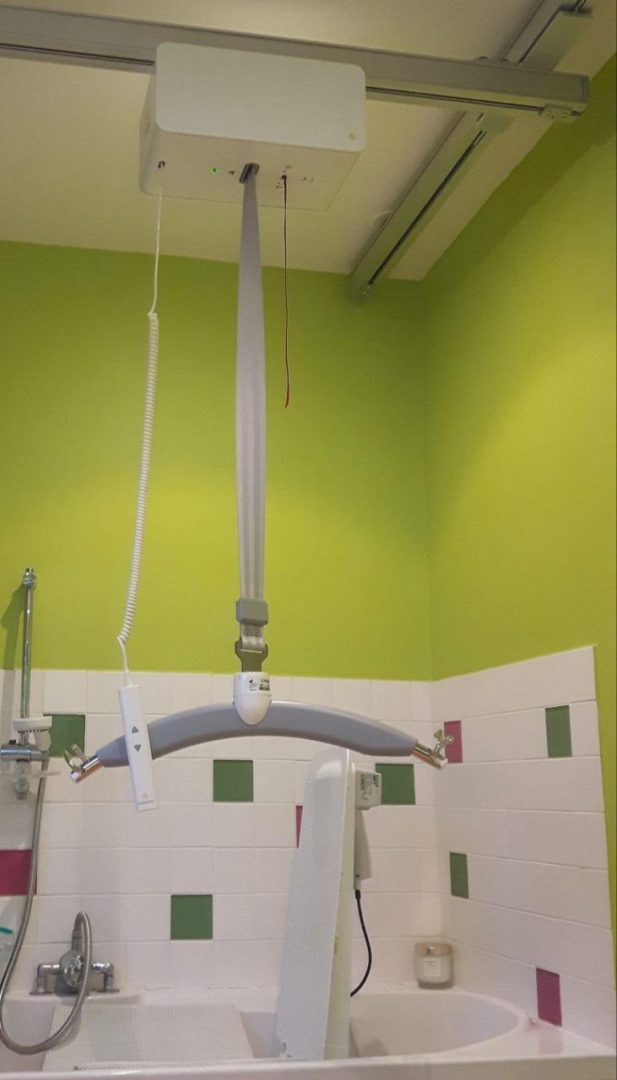 I tried to remain optimistic though I knew there was no way TPG would be able to make the journey from Hereford. And they didn’t.

So, it was third time lucky, on the following Monday that the long awaited ceiling hoist was installed. I no longer need to worry about hiring new carers as lifting is not an issue. Furthermore, the pressure is off Mom, literally! And, the the thing I am the most happy about – my dealings with OTs and the County Council are over!