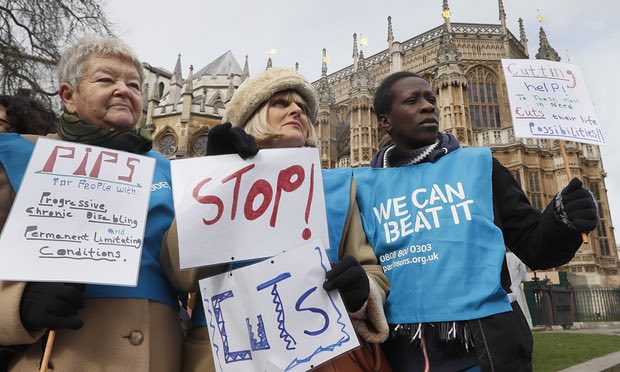 As many as four out of five cases where a claimant has been denied disability benefits are overturned on appeal because of systemic failures in the initial assessment process, MPs have heard.

In some cases, a decision not to award a PIP was overturned by a tribunal after it had taken account of medical evidence from doctors about the claimant’s condition that had been ignored by officials during the initial assessment.

Gary Edwards, the manager of the Southampton Advice and Representation Centre (Sarc), told MPs that 80% of the cases it took to an appeal tribunal on behalf of PIP claimants were successful.

Sam Ashton, the senior policy and campaigns manager at the charity Z2K, said 60% of its appeals were successful: “In terms of claimant experience, the only part of the PIP we are happy with is the appeals process … It’s the only part of the process that is reaching a correct decision.”

PIP, formerly known as disability living allowance, is a benefit awarded to help people with the extra costs of living with a disability or chronic ill health, worth between £21.80 and £139.75 a week, depending on the severity of the condition.

Claimants are assessed by health professionals employed by private firms Atos and Capita, using a points system. A claimant needs to score at least eight points for a standard award and 12 to qualify for an enhanced benefit award on each of two elements – daily living and mobility.

MPs heard that claimants with severe mental illness were often assessed by staff who had no specialist understanding of the condition, such as physiotherapists and paramedics, who were reliant on a crude “mental state examination” to make critical life-changing decisions.

“If you were to show this mental state examination to a mental health expert, they would laugh you out of the door. It has no basis in any clinical expertise; it is based on informal observations,” said Ashton.

An analysis by Sarc of 100 PIP appeal cases it conducted between August 2015 and December 2016 found multiple examples where claimants were initially awarded zero point scores, only for the tribunal to award an enhanced rate of benefit. In one case, a zero score was reversed to 50 points on appeal.

Citizens Advice said PIP complaints were now the biggest single issue dealt with by its national network of 300 advice centres. It handled 50,000 PIP cases every three months and has seen a 37% increase this year.

Kayley Hignell, the Citizens Advice head of policy, said that although there had been some improvements in the accuracy of PIP assessments in recent months, the process remained systematically flawed. Nine out of 10 of its bureaux had reported inaccuracies with PIP assessments.

Tony Lea, the lead welfare rights officer at Cornwall-based Benefit Resolutions CIC, accused the Department for Work and Pensions of “continuously harming people” through the PIP process. Lea said that it was, in effect, assuming people were lying to assessors about their condition. “You are telling people with no arms and legs ‘grow ‘em back, there’s nothing wrong with you,’” he said.