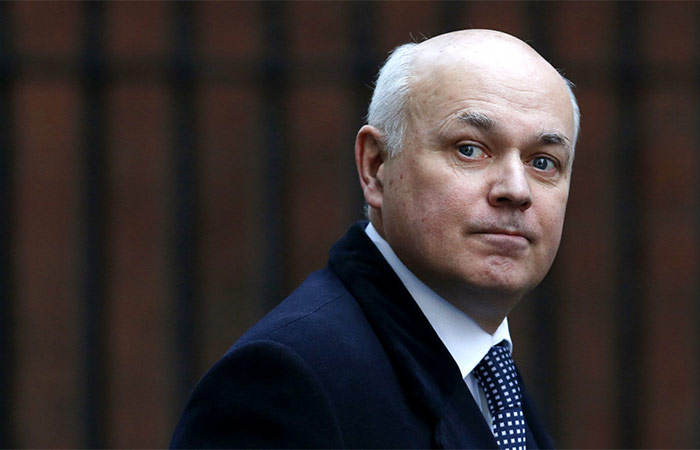 Ian in Duncan Smith says he will get one million claimants off disability benefit and into work. In his first major speech since the general election, the ‘Work and Pensions Secretary’ is vowing to tackle a ‘sicknote culture’ that is in dire need of reform. He warned that too many sick and disabled people have been left ‘languishing’ in a life without work, when work is actually possible for them.

In a direct appeal to people on ‘Employment and Support Allowance’ he urges them to consider a return to the workplace and says, “work is good for your health’.

Those who have been out of the workplace for years will be encouraged to ease themselves back into work with part-time jobs with the aim of getting them off disability benefits.

Official figures reveal that the number of people on unemployment benefits is down by almost 700,000 since 2010, while those on sickness benefits fell by just 88,000 during the same period. Around 2.5 million people of working age are now on sickness benefits, many of them for years.

Read more about this in the Mail Online here