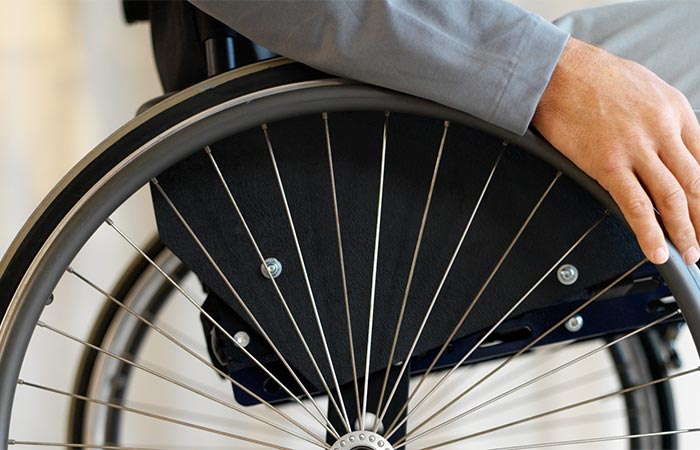 There has been a fourfold increase in the number of people forced to use a crowdfunding site to buy their wheelchair.

Kelly Palmer, 38, says, “I feel like a prisoner who every now and again is let out on day release”. Palmer has Marfan Syndrome – a genetic condition that affects ligaments and organs – as well as fibromyalgia and needs a power wheelchair full-time. But when she approached her GP to apply for a chair after her health deteriorated, she was told she wasn’t eligible.

Even though her disability means that she can’t propel a manual wheelchair, she didn’t meet the threshold to qualify for a power chair. And because there’s no one else at home to help, for the last 18 months Palmer, who is from Newport, South Wales, is largely stuck in the house and she can only go out once every three weeks or so, usually for Hospital appointments and only if a friend can drive her there and stay to push the chair.

Desperate, Palmer has turned to the internet and launched a ‘crowdfunding’ appeal online to try and raise the £5,000 she needs for a suitable power chair. She got the idea from some friends who had done the same to raise money for their own wheelchairs but says pride means she’s been ‘putting it off’ as a last resort. “I didn’t want to beg”, she says, “but I didn’t have a choice”.

Read the full article from The Guardian here