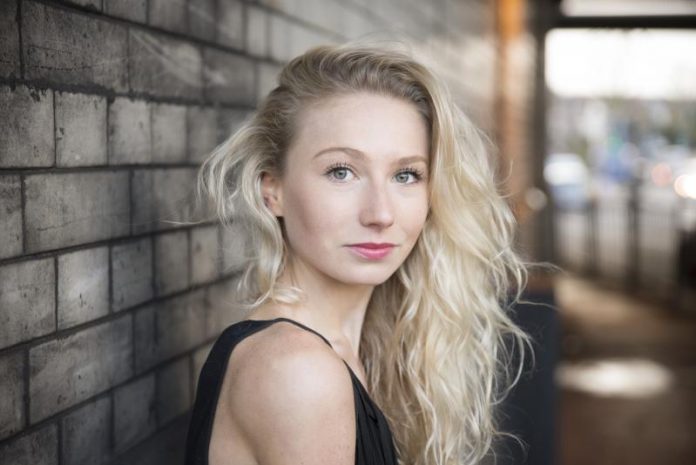 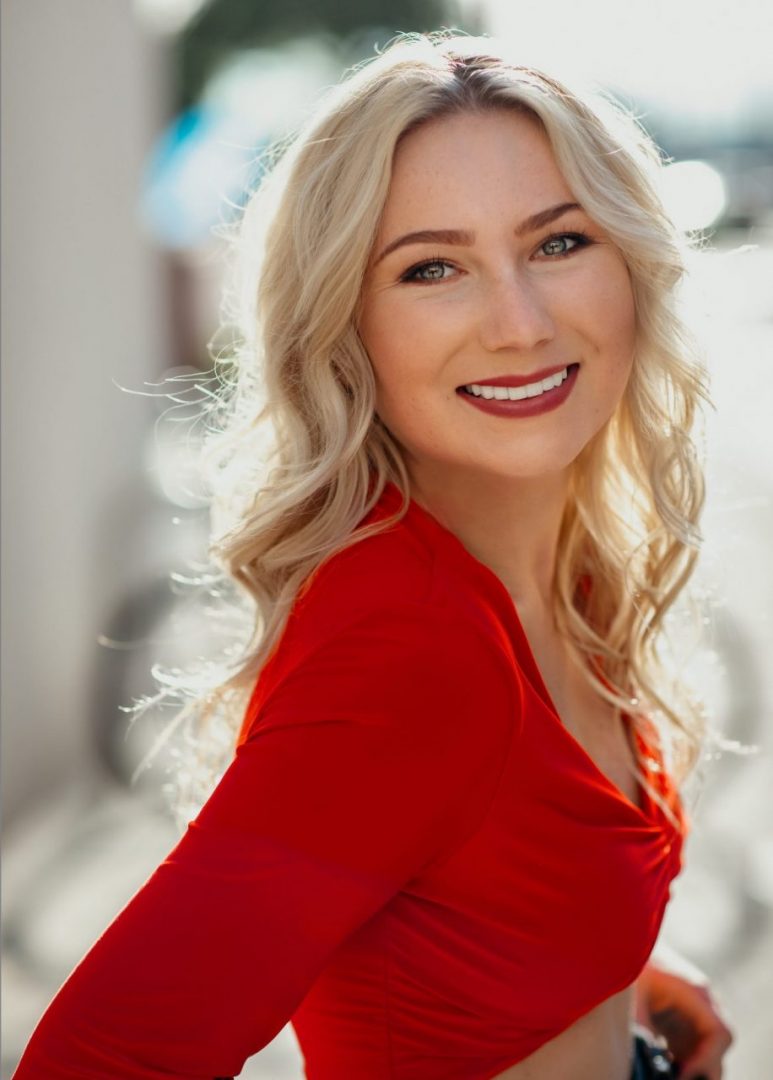 “I grew up in the countryside in England, and my parents trained horses and farmed for a living. It was a child’s dream! I got to ride horses, go on adventures and really have totally free rein. I did not get on well at school, often the odd one out for reasons I still cannot pinpoint and I was extremely shy. One day a touring acting show came to the school and ran a workshop.  I fell in love with the feeling of performing and imagination so my Mum enrolled me into regular musical theatre classes and community theatre and it really all took off from there. 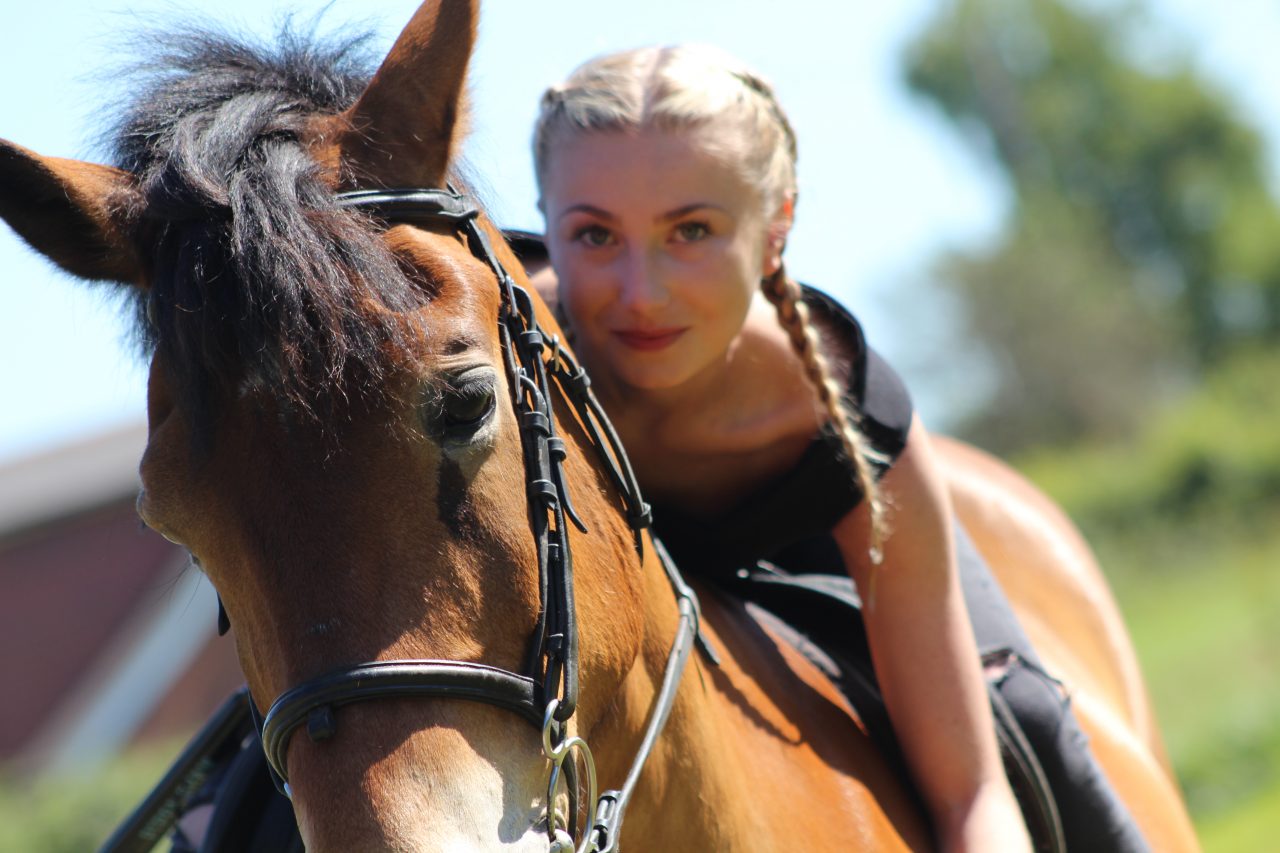 In my pre-teens, I got an acting agent and booked a variety of Disney shows, commercials and a West End Show “Oliver!” By Cameron Mackintosh and with Rowan Atkinson (Mr. Bean). This solidified my choice that this was the career I wanted. Dance became my primary discipline. When college came around I auditioned for the top dance colleges in the U.K.”

“In college, I began to feel sick, I could not hold down food, and I was in so much pain. The doctors told me I had anorexia and bulimia because of my weight. I then changed doctors and the next one thought that I had irritable bowel disease. About a year and a half later I had an operation to remove a part of my colon. The operation went wrong. They put in some mesh that I had an allergic reaction to. Eight major surgeries later and a year into the process, doctors decided that a permanent ileostomy would be my best bet. My ileostomy saved my life and changed it for the better. It’s very interesting growing up able-bodied and then becoming disabled later in life. This experience changed my course from dance.” 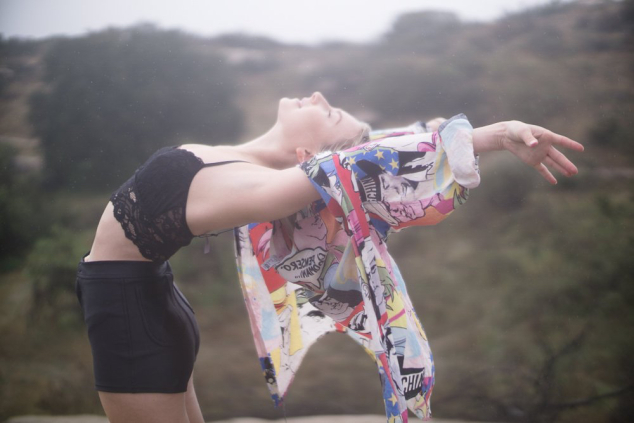 “Soon after I left hospital from my Stoma surgery, I began interning at a Talent Agency in London while pursuing a career in acting. I then started my own Talent Agency in the UK, soon after expanding to the USA, were we have our main offices at the Hollywood Production Centre in Hollywood and represent d/Deaf and Disabled artists. Are goal is always placing the talent in roles that break stereotypes, and roles that are not intended or specifically written for people with disabilities.

As my career developed and I made the decision to leave acting and work solely behind the camera, I started working in the business world as well as the film business world, I really found so much entrepreneurial spirit in me, whether that was because adapting was now installed within me or because my family has always been pro self employment or maybe a mix of the two, I started to work on large deals, and I soon saw so much prejudice against me being a young, female, disabled woman. This along with being sick and tired of the access issues in the film industry, such as seeing my clients drag their wheel chairs up stairs to get in the door to audition or having to get changed in storage rooms because the dressing rooms are not accessible for them… inspired me to start Zetta Studios. Zetta Studios is set to be the world’s first film and TV studio that is also eco friendly and (since covid has re-shaped our world) we are aiming to also be ‘lockdown’ friendly.” 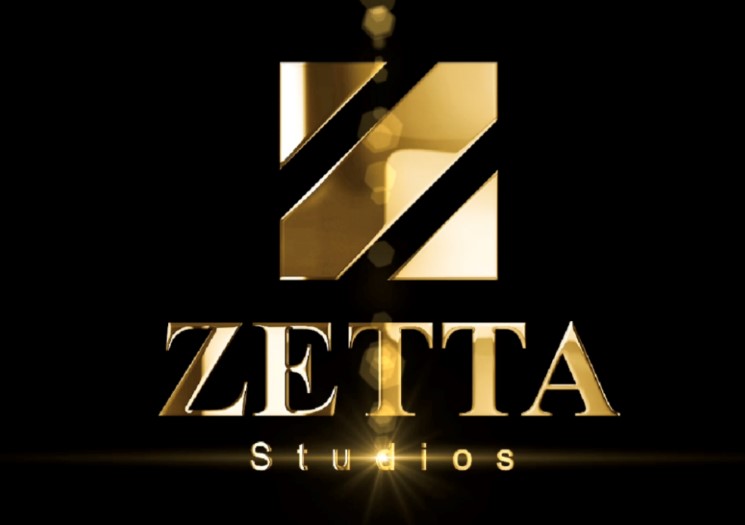 “In the industry 95% of the roles depicting disability are not going to people with a disability, they are played by able-bodied actors hoping to win awards for depicting incorrect representations of disabled characters, which is applauded by ableist In audiences. The solution is to hire disabled talent in all roles, behind and in front of the screen. I am aiming to change this.

I believe the lack of ethnically diverse, gender diverse and disabled gatekeepers are preventing us from making real, integral dramatic change. Think of all the current studio heads in Hollywood. I bet the first picture that comes to mind is a middle age, white, able-bodied man. He has lived a life of systematic privilege, so have I because being white is a privilege. In the recent Black Lives Matter protests we saw a sea of company leaders making statements on social media about how they were going to handle racism in the workplace and how their companies were going to make a difference. This is a great example of how diversity and inclusion is suddenly only important when they’re being called out.” 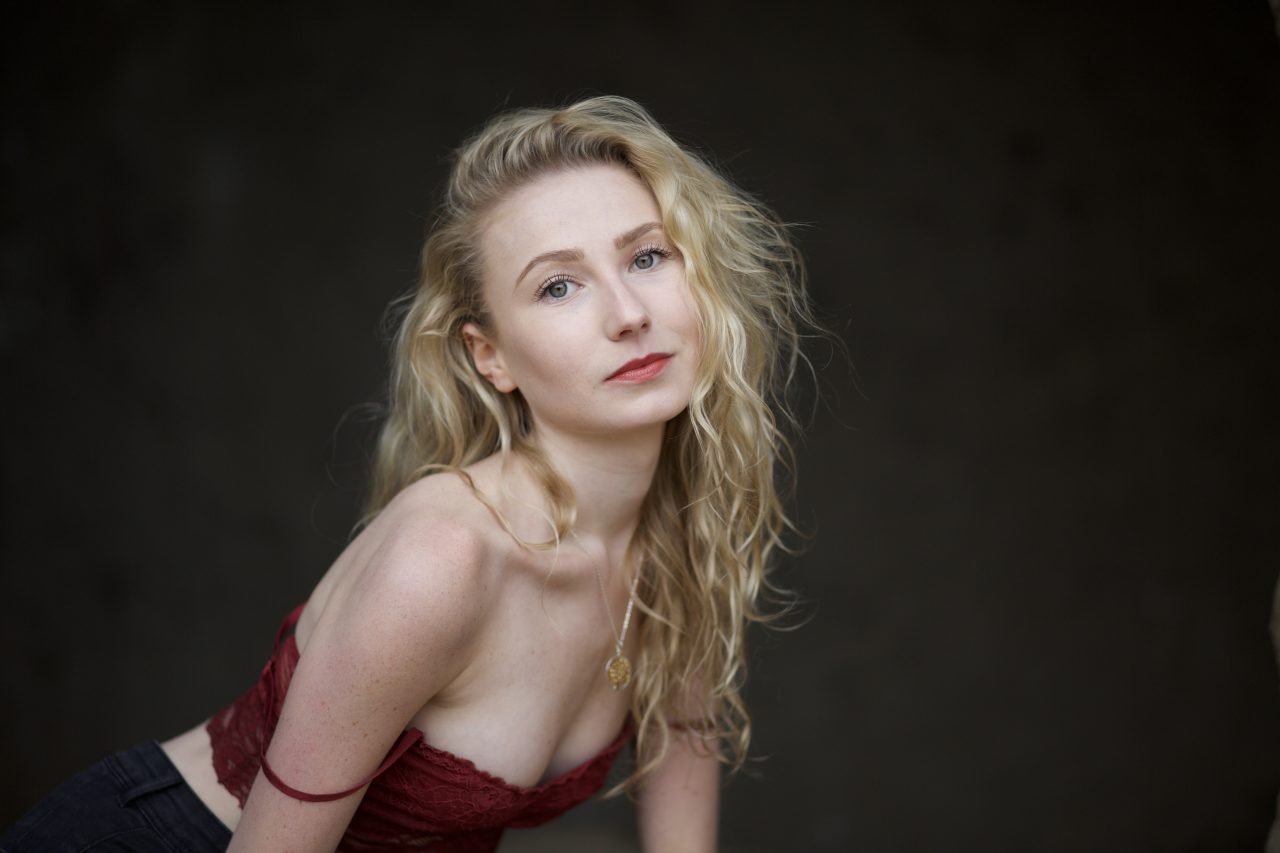 “Change can persist faster when the entertainment industry can leave its incorrect beliefs Change behind, depict truthful perceptions, adapt efforts, and hire people with can disabilities. We do not need special treatment, we need equal treatment and true equality.” 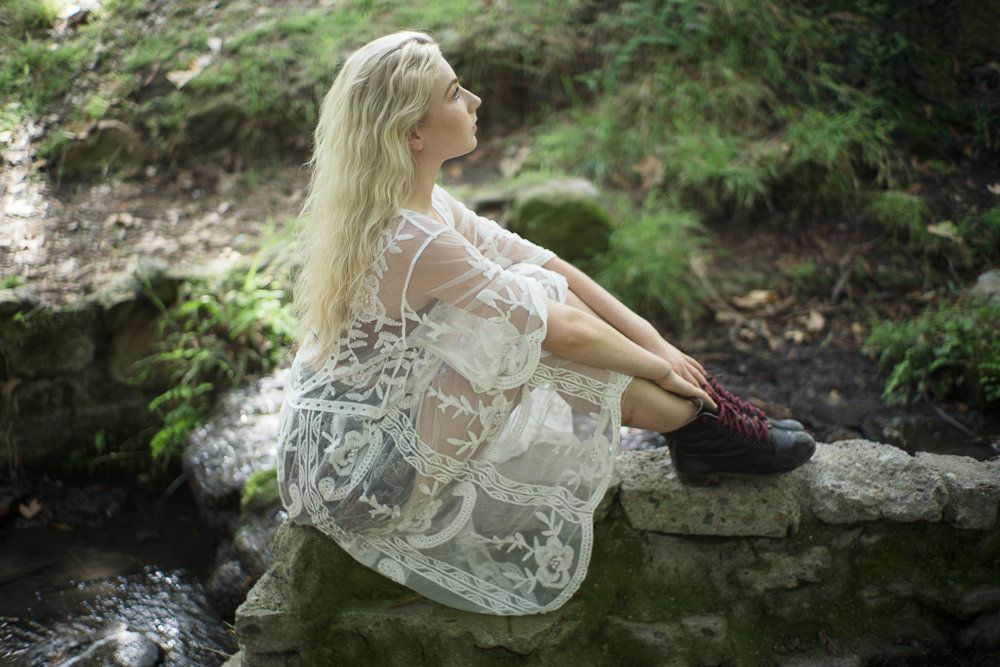 “I believe to change the world we have to learn to tell and listen to a new set of stories about the world that we want to create. The media is being watched all the time. The power of it is unimaginable. If we paint the wrong pictures about people with disabilities, the world will see it and believe it. We have to familiarize audiences seeing people with disabilities on their screen, authentically and in a new light. Knowledge is power and the media is a global teacher whether we actively realize it when we are watching entertainment or not. 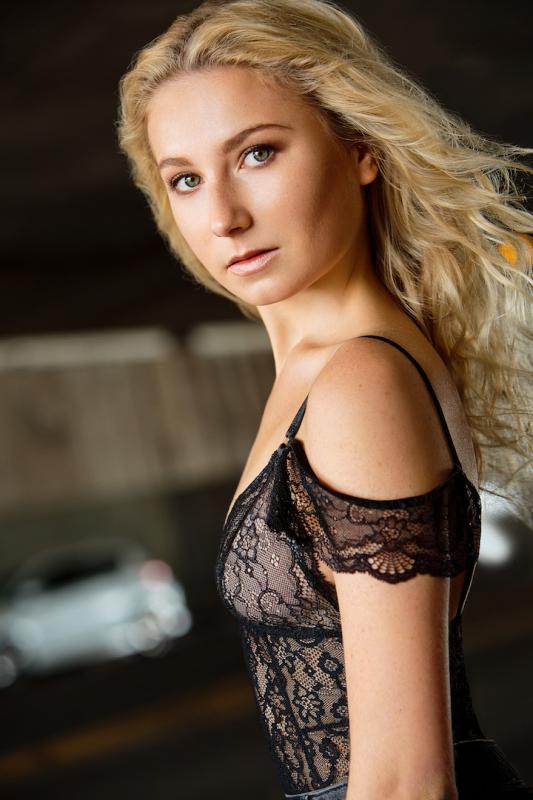 “Break the limits you set for your self and do whatever it is you want to do. Do it even when the world says no, the system has set standards for us, let’s break those limits!”