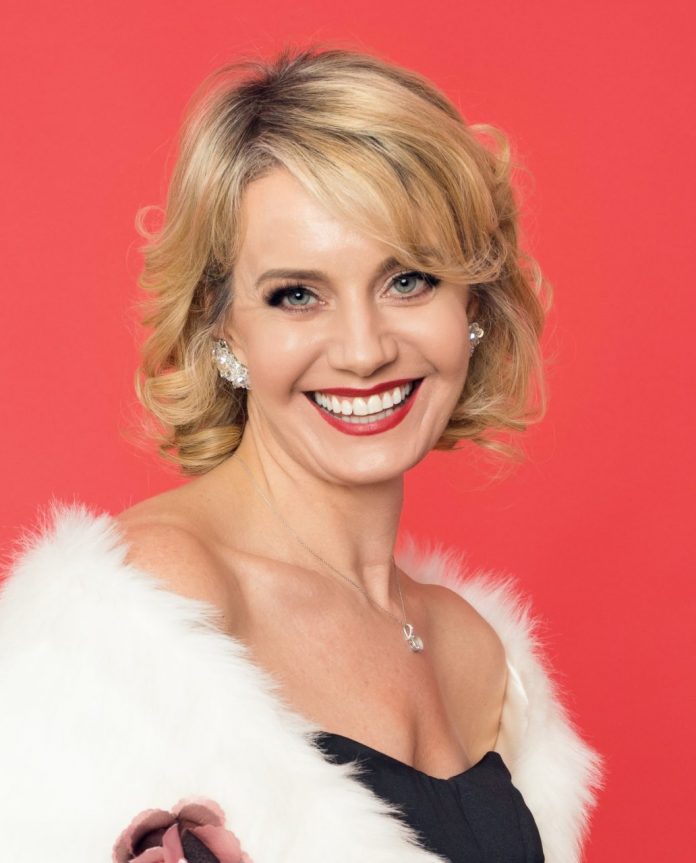 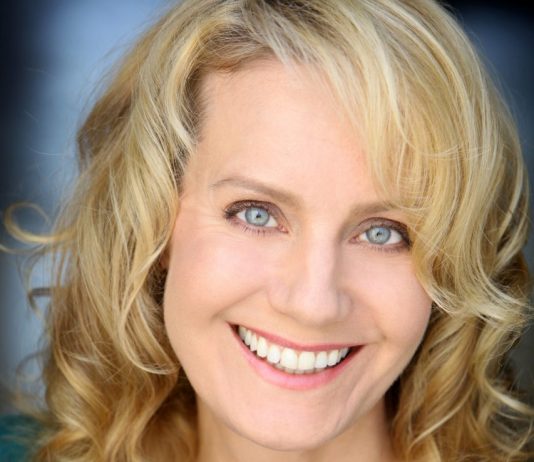 When we are in real trouble, who do we turn to? As kids, perhaps we turn to parents and teachers. As adults, we turn to mentors, elders, veterans and experts in the field, people who have been through worse or more challenging circumstances and survived. These are game changers who need to be at the table.

As I watch so many people crumbling under the weight of 2020’s challenges, it seems obvious to me what society is missing and how we fix it: The world needs to welcome our game changers. The people society has left out. The ones we fear. The ones we avoid. They’ve been sitting in the corners, waiting in the wings, begging for opportunity, to be heard, to be included, to just BE. We’ve been programmed to believe they have nothing to offer, but if you really think about it, they have the most to offer, especially in trying times. They are the ones who have survived the most, yet we rarely consider what they handle every single day, and what they’ve learned because of it. We need to open our minds and turn to those who know best how to adapt, adjust, and overcome, simply because they’ve been overcoming all of their lives. I am talking about society’s greatest problem solvers: The rejects. The misfits. The outcasts. The courageous. The resilient. 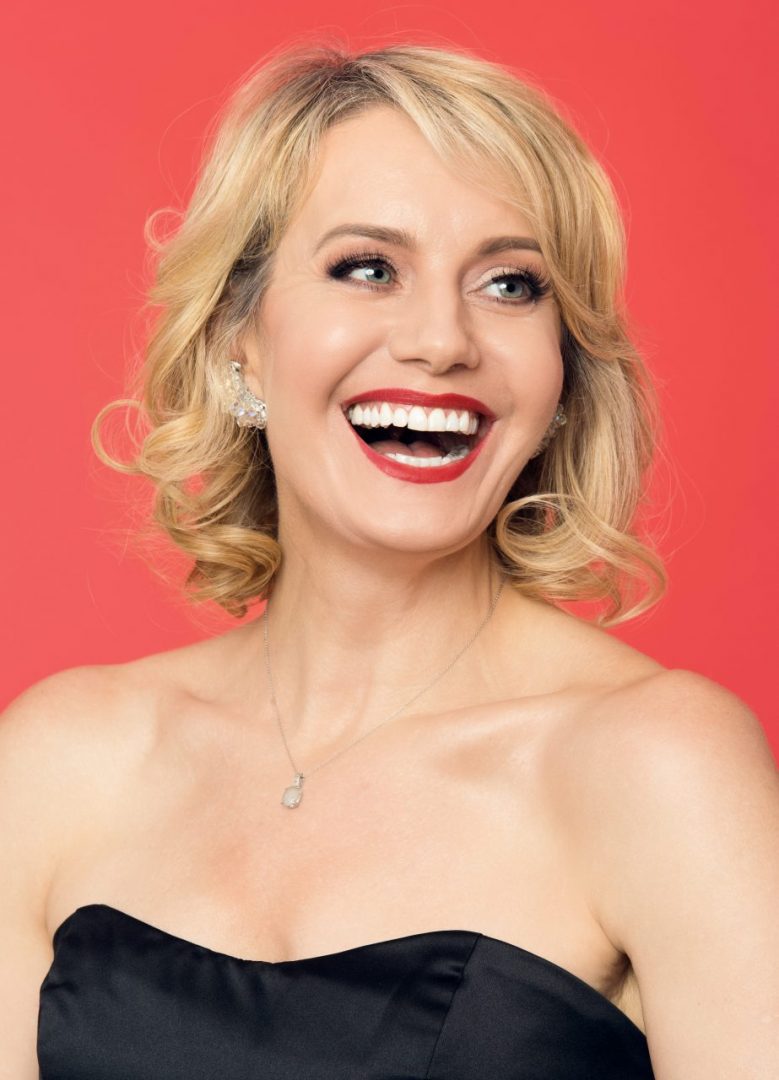 We need to open our minds and turn to those who know best how to adapt, adjust, and overcome, simply because they’ve been overcoming all of their lives.
My POV

My perspective comes from being a kid suddenly launched into the frightening unknown, wanting nothing more than to be “normal” again. At five years old, I faced the unimaginable, something that most people fear more than death itself: paralysis. A bad vaccine nearly killed me. My parents were told I wouldn’t survive, then told I’d never walk again. For me, it wasn’t the physical changes that were the most distressing, it was how everyone else changed. The way people looked at me and treated me changed in the blink of an eye. I became an outcast overnight.I’m lucky I had a strong mother, unconditionally loving and wise. She taught me tools that carried me through life. My father was also strong, independent and bucked the status quo. I learned a lot from watching them navigate people, financial ruin and eight children, including me, the disabled one. They expected as much from me as any of their healthy, athletic, brilliant children and I am forever grateful.

This child did not understand her new limitations and therefore didn’t accept them. While in my wheelchair, I became an award-winning artist, but what I really wanted was to be a cheerleader and I set a goal to do just that. I forced weight onto my little legs daily, trying to make them work. Eventually I was able to stand, which baffled doctors. They said it was the closest thing to a miracle they had ever seen.

I persisted, from wheelchair to walker to walking, and soon became captain of my cheerleading team. I still had neurological damage from the spinal cord injury and fallen bones from critical growing years spent paralyzed. By 14 the surgeries began and didn’t stop for more than three decades. Through those years, I also fought the cancer that killed my father, and the genetic cancer syndrome that killed my mother. In spite of it all, I persevered because that’s what my childhood experience taught me to do. I had dreams and a life to live, and nothing was going to stop me.

Building a Career in Entertainment
I was drawn into acting and fell in love with it. Needless to say, the industry made it clear they were not interested in an actress with a limp, and so began one of the toughest battles of my life, and perhaps the reason for it all. It didn’t take long to realize if I wanted to work as an actress, I would have to change the industry. I’d have to challenge Hollywood’s illusion of perfection and change the way they think. I’d need to make them understand that a female is just as valuable with a “flaw.” That all these battle wounds meant I had more to offer, not less. That I was stronger, not weaker. It was an exhausting battle, but I found my allies and together we chipped away at the conscious and unconscious biases keeping us out. Bit by bit, we shifted minds. It took nearly 30 years of rejection, but now I am an award-winning actress, writer, and producer working regularly in film and television. And now Hollywood is changing how the world perceives disability. 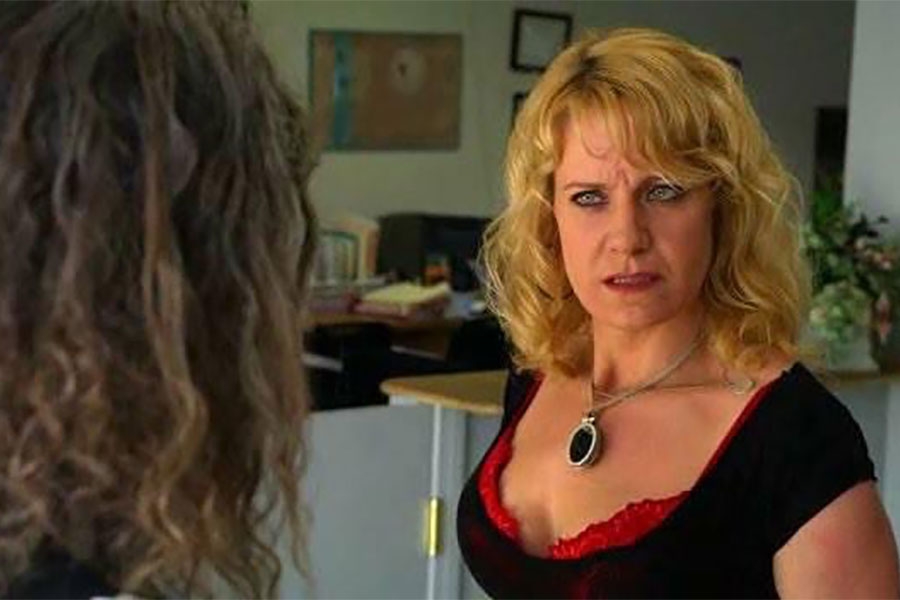 My ability to walk is a direct result of the relentless will of a child who simply did not understand her limitations, nor accept the supposed limitations imposed by society. My career success is the result of that same relentless will, and my inability to understand why I couldn’t have the same opportunities as everyone else. The discrimination I faced showed me what needed to change in the world, so I set out to change it. I knew what was possible. Along the way, I met some of the bravest people, who show up for themselves and others, offering hard-earned wisdom, experience and insights. While navigating life-and-death challenges and fighting to change an industry, I discovered the most valuable community of unsinkable humans. To this day, they are my friends, allies and adopted family. They are the strongest people I know, and the world would only benefit from knowing them, too. 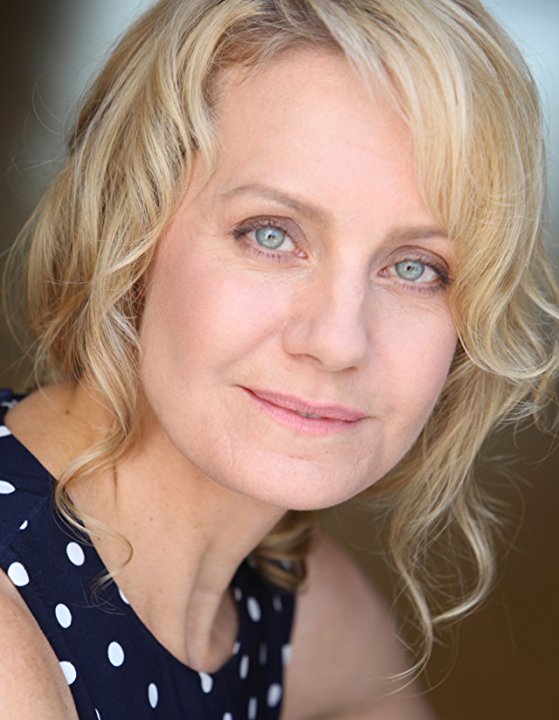 The discrimination I faced showed me what needed to change in the world, so I set out to change it. I knew what was possible.
Resilient Leaders

If we look at history, many of our greatest leaders, innovators and artists had disabilities. Though many were forced to hide their challenges, they somehow managed to squeak though society’s barriers to make their impact. Einstein had a learning disability yet became a world-renowned mathematician and physicist. Alexander Graham Bell and Walt Disney had learning disabilities. Professor Stephen Hawking had ALS and became a cosmologist, theoretical physicist, author and director of research at the University of Cambridge. Thomas Edison had a learning disability, trouble reading and became deaf. Andrea Bocelli, the great Italian opera singer, is blind; so is Stevie Wonder. Beethoven was deaf when he wrote some of his preeminent masterpieces. Franklin Delano Roosevelt (FDR) had polio, fought to regain the use of his legs, showed up publicly on crutches and in a wheelchair, and yet was the only President elected to four terms. FDR faced some of the world’s fiercest adversaries, such as Hitler and the Great Depression, famously saying “the only thing we have to fear is fear itself.”

He brought in the game changers, and they tried new things, restored faith and rebuilt America. In fact, many of our past presidents had hidden disabilities, including George Washington, Abraham Lincoln, Thomas Jefferson, Woodrow Wilson, James Madison, Dwight D. Eisenhower, John F. Kennedy and more. Deaf-blind author, Helen Keller, became a leading humanitarian and champion for women’s rights. Wilma Rudolph survived double pneumonia, scarlet fever, and polio as a child and became the first woman to win three Olympic Gold medals for running. These stories are endless, and yet society still tends to shun people with disabilities. We hear the argument “survival of the fittest,” so we seek out the “perfect” people, but I’d like to challenge our ideas of “the fittest.” Perhaps the fittest are those most adaptable to change.

If we want to bring this world together and figure out how to get humanity back on track, we need to open our minds to new possibilities. 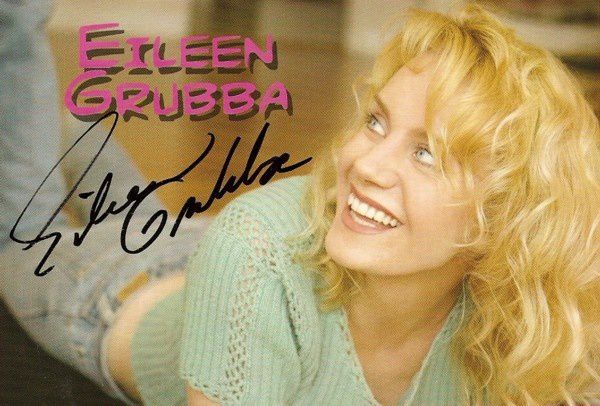 One would think society would seek out those with challenges, because adversity seems to be the common denominator for greatness. Imagine the vision of others who have been forced to sit on the sidelines. Just imagine what they see. A different point of view is always needed to solve our world’s greatest problems. So, is it possible that humanity needs to take a deep breath, sit down and listen? Are our answers right there, just waiting to be discovered? It is often diverse points of view and differing perspectives that bring to light that which we cannot yet see. 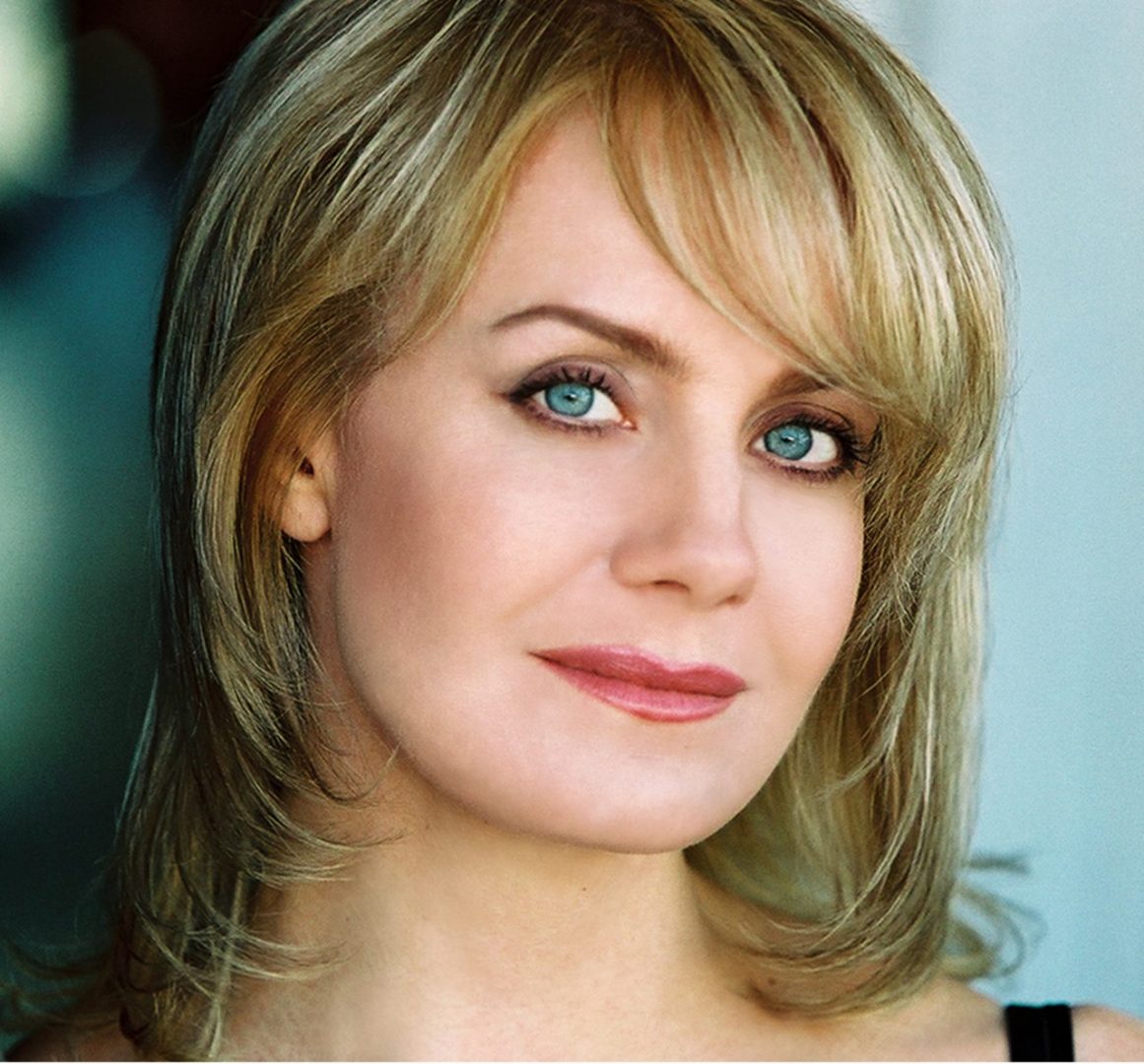 Inclusion means seeking out and welcoming those who have been kept out. It demands we open up and offer equal opportunity to all. When we do this, we bring in our game changers, the ones we’ve kept out far too long. Some will be sitting in the shadows, thinking and saying nothing. Others might be edgy, strong-willed, loud. Check your egos. Realize their passion comes from navigating adversity and welcome it. Ask for their opinions, make it safe for them to be open, then sit back and listen. Really, really listen.

There is a reason they have been handed so many challenges. Their dreams, experience, and ideas matter, not just for themselves, but for all of us. I believe they hold the keys to the kingdom. Our world is in desperate need of perspective. We need strong leaders who have skills and endurance that only come from facing extreme adversity. Leaders with unique vision who can show us the way. If we want to bring this world together and figure out how to get humanity back on track, we need to open our minds to new possibilities. The game has changed and perhaps so should the players.

Eileen Grubba is an award-winning actress, writer, producer, lifetime member of The Actors Studio, member of the TV Academy, Brand Ambassador for Global Disability Inclusion and serves on the SAG/AFTRA National PWD Committee. Her television work includes HBO’s Watchmen, SWAT, ALL Rise, Stumptown, New Amsterdam, Sons of Anarchy, Criminal Minds, Bones, and more. Grubba won the 2020 We Spark Award for social impact in entertainment, and the Mary Austin Excellence in Screenwriting Awards in 2019 and 2020.