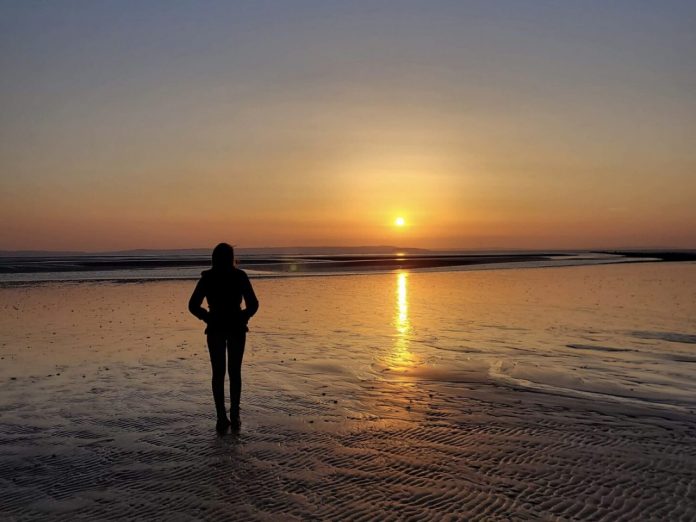 From Elin Williams .. at my Blurred World

For years, I’ve been told that I need to be fixed. Pity has fallen around me like confetti, thrown by those in society who subscribe to the idea that as a disabled person, I’m a flaw in the fabric of the world: a loose thread that’s considered a problem.

As a vision impaired person, I’ve been caught in an echo-chamber of misconceptions for years; hearing the same stereotypes and questions as they form the baseline to a song that’s repeated so often you can’t help but remember the words.

It’s time we overwrite that track.

Vulnerable, fragile, helpless, broken. These are all labels that have been assigned to me by society over the years. They’re tangled in a web of misconceptions that lead people to believe that I can’t be independent, that I’m someone to be pitied and that I can’t do things because of my impairment.

I’ve always been a determined thing so if someone tells me I can’t do something, I go ahead and I do it because goodness me does it feel good to prove people wrong. But I’m sure It will come as no surprise to hear that I internalised some of the ableism I came across as I navigated my childhood and teenage years. After all, when you hear something repeated so often, how can you not believe it as truth, especially as a youngster?

I believe in a different reality now, one that says it’s people’s perceptions that need fixing. It’s time we turn the tables and recognise that the real vulnerability lies in the parts of society that don’t accept us as disabled people; the parts of the world that aren’t accessible to us.

Ableism saturates so many aspects of society with discrimination and prejudice in its pocket, meaning that inaccessibility, misconceptions and stereotypes are not yet in history as they should be.

These inequalities seem to be something society is reluctant to surrender. Accessibility is considered a costly, time-consuming chore to many so it’s cast aside, excluding those of us who can benefit from it. Then there’s the attitudes that are stubborn things to change, especially seeing as we don’t have an inclusive education system which could erode the harmful ideology of the Medical Model of Disability which views barriers as a direct result of someone’s impairment.

This stigma is a scar and discrimination and inequality only serve to infect it, picking at it, making it worse and more prominent.

The medical model was the only take on disability I was exposed to when growing up. It paints the world in an old fashioned black and white and it’s a palette riddled with fallacies, meaning that people rarely see the full picture.

This means that people go ahead and fill in the blanks with their own mismatching colours and the result is a corrupt view of disability.

This inequality is rooted everywhere: In the documents and websites that aren’t accessible; in cluttered and inaccessible city centres; in the TV programmes and films that don’t have audio description or subtitles, and in the outdated perceptions that say “You can’t” and “You don’t belong here.” But what if I told you that it’s the discrimination and inaccessibility that don’t belong?

That is the message we need to hear more often. Young disabled people deserve to grow up knowing that they belong and to be confident in the fact that they have a place here.

Our world is swathed in such resentment to access and equality that this message is lost amongst it all. As disabled people, we’re othered and treated as if we are broken.

I’ve lost count of the amount of times I’ve been asked by people who discover that I’m vision impaired if there’s something that can be done. Pity is served on a plate because it’s almost always instantly assumed that I couldn’t possibly be happy living my life as a vision impaired person.

Okay, I’ll admit. My impairment does present challenges at times. Take the moments I’ve mistaken lipgloss for concealer, for example, that’s not a trend that ever caught on. But I don’t wish for a cure in those moments, I wish for more accessible and more distinguishable packaging.

On a serious note, I will admit that there are far more pressing challenges and sometimes it’s easy to feel defeated by them. I’ve written on here about some of the mental health issues I’ve faced but I’m sitting here now knowing that a lot of those difficulties stemmed from the internalised ableism I adopted due to society’s perception of me and my impairment.

I’m writing this knowing that even if a cure did exist, the likelihood is that I wouldn’t want to take it. That revelation comes as quite the shock to some people but I genuinely don’t think that a world where I can see would be a better one. I’m not disabled by my impairment, I’m disabled by the parts of society that aren’t accessible to me. So a better world would be an inclusive one we could all navigate without challenge.

It wasn’t until I was introduced to the Social Model of Disability that I was able to be confident in this knowledge and turn this idea that I was the problem on its head.

As disabled people, we live in a world which wasn’t designed for us. Inaccessible buildings, lack of accessible documents and access refusals all tell the same story of inequality, and outdated perceptions mean that people see an impairment before a person’s identity.

This all stems from the medical model and its outdated portrayal of disability which sees the person’s impairment as the problem. But the Social Model places the onus back on society, labelling societal attitudes and barriers as the real disability.

This is a far more fresh and modern take on disability that offers disabled people jurisdiction over the way we perceive our own impairments. In my experience, it has helped in  reversing and eroding some of the internalised attitudes I adopted as a result of the misconceptions that are out there.

Society is fluent in discriminating. It’s something we hear at school, in shops, on the train and on the street. But it’s time it learns a new language; the language of the Social Model which is empowering and far more inclusive.

A new option for Duolingo to explore, perhaps?

Society’s lack of commitment to change distances us from accessing it in the same way as everyone else, and that’s the real problem here.

Imagine that. Imagine a world free of barriers, stereotypes and discrimination. A society that recognises its flaws and aims to change them so it can welcome more people in and become less disabling.

Because that is the moral of the story: As disabled people, we don’t need to be fixed. Society on the other hand? Does.

I want other young disabled people to navigate life feeling empowered by that knowledge. It’s not a narrative we hear often enough but it’s one we deserve to. So if you need to hear this today, this is your reminder that you are not a problem and you belong here.

To bring that message home, I want you to say this last part with me.

Is this concept something that you can identify with? It took me a little while to wrap my head around the idea of the Social Model of Disability but I felt all the more empowered once I did. We might not be able to change every harmful perception out there but we can change the way we deal with them in our own minds. I have been very harsh with society in this post so it’s important to recognise that there are parts of it that are making those changes and embracing access, inclusion and equality but it’s time the rest of society follows suit. Barriers populate our world, co-existing with the banal words of the misconceptions and stereotypes, so we have a long way to go before we can achieve a better sense of equality but I think if we prescribe the Social Model to more aspects of society, our world will be a better place for it.

I’d love to know if you agree.

*The idea for this post stemmed from a piece I wrote last summer, titled A lesson in vision impairment: The things that should be taught in school and I just had to dedicate a full word count to the topic. I also wrote a Welsh spoken word script on my thoughts on this for Hansh S4C earlier this year if you fancy watching the brilliant performance by Beth Fraser.